Dr. Matthew Bowdish is a board-certified allergist & clinical immunologist. He joined The Allergy Center at Sacramento Ear, Nose & Throat in early 2017 after working for seven years in private practice in Colorado Springs, Colorado.

Dr. Bowdish was raised in Newport Beach, California where he attended Newport Harbor High School. His passions as a young man included history, surfing and football. He attended Humboldt State University where he played football, rugby and eventually graduated with a major in Cellular-Molecular Biology and minors in Chemistry and Political Science. After college, Dr. Bowdish explored a possible career in biomedical research. He worked at UCLA School of Medicine in a lab examining HIV’s effects on the immune system and later at a biotech company in San Diego that was developing gene therapy for a variety of cancers.

While Dr. Bowdish enjoyed research, he felt too isolated in the laboratory. Thus, he decided on a career in clinical medicine. He attended Northeastern Ohio Universities College of Medicine, where he graduated 19th out of a class of one hundred. He was also involved in tutoring immunology & anatomy to his fellow students and being a member of NEOUCOM¹s chapter of the American College of Physicians.

Dr. Bowdish next undertook a residency in Internal Medicine at Dartmouth-Hitchcock Medical Center in New Hampshire. Initially, he was interested in pursuing a career as a Gastroenterologist but fell in love with Allergy & Clinical Immunology during an elective during his intern year. After finishing residency in 2006, he started his three-year fellowship in Allergy & Clinical Immunology at Yale University School of Medicine.

Upon completion of his fellowship in 2009, Dr. Bowdish took a clinical position in Colorado. Apart from his clinical duties, he worked in research and was also an Assistant Clinical Professor in the Department of Medicine at University of Colorado School of Medicine. Dr. Bowdish has also worked on advisory boards and has been a promotional speaker for a select number of companies.

Dr. Bowdish knows that the best health care is personalized medicine. He is committed to putting the patients first and understands that listening to patients is often better than expensive diagnostic testing.
In his free time, Dr. Bowdish enjoys family time, college football, genealogy and travel. 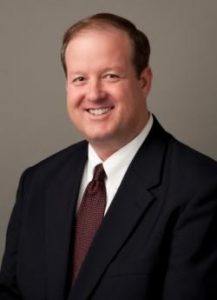 Board Certifications:
Allergy and Immunology