Sometimes mistakenly viewed as a sign of poor hygiene, earwax (also known as cerumen) is produced naturally by glands in the outer ear and plays a very important role in hearing health. It should not be viewed as something dirty that needs to be eliminated. In fact, complete absence of earwax will result in a very itchy, dry ear! 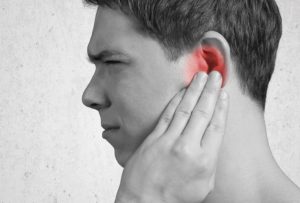 When present in normal amounts, earwax protects the lining of the ear canal and prevents dirt and dust from reaching the eardrum. Old earwax is constantly being transported away to the outer ear through the normal jaw motions of chewing and talking.

However, trouble can occur when earwax becomes pushed down into the ear canal and impacted, usually by a foreign object such as an ear swab or a hearing device. A blocked ear canal can cause hearing loss, vertigo, ringing in the ears, earaches and infections. Earwax can also accumulate in hearing devices, resulting in problems with performance.

When cleaning the ears, wash the external ear with a cloth, but do not insert anything into the ear canal. To remove excess earwax that is causing blockage, you can try placing a few drops of mineral or baby oil into the ear, or using commercial earwax removal drops. However, if earwax buildup is preventing normal hearing, do not try to remove it yourself. Instead, contact your ear, nose and throat physician, who will use the proper instruments to safely remove the earwax.

Earwax buildup on a hearing device not only damages the instrument, but can block sound and/or cause the hearing device to not fit properly into the ear canal, leading to feedback. To remove earwax from your hearing aids, use a hearing aid cleaning kit that includes a wax pick and brush and follow the directions carefully. You should also routinely visit your hearing professional for “clean and check” appointments.

If you think you may have excessive earwax buildup, call (916) 736-3399 today to schedule an appointment with one of our award-winning SacENT physicians.