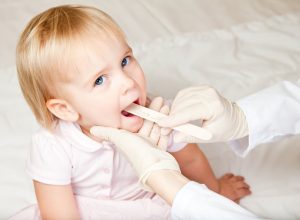 Ear, nose and throat concerns are among the top reasons children are brought to the doctor. This is because children are especially sensitive to issues like ear infections and allergies, and because certain birth defects such as cleft palates must be treated at a young age to prevent complications later on.

Here are some common ENT conditions we treat in children:

The best way to treat ENT disorders in children is to bring them to an ENT clinic, where multiple specialists work in close collaboration to care for your child’s well-being. We strive to work with your child’s pediatrician to provide optimal care for your son or daughter. Contact Sacramento ENT to schedule an appointment.