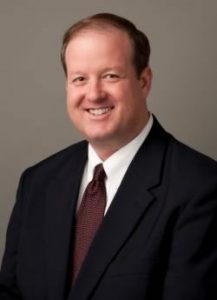 Roseville, Calif. (April 10, 2017) – Sacramento Ear Nose & Throat is proud to announce that Dr. Matthew Bowdish, M.D., was elected as the Surgeon of the California Society, Sons of the American Revolution (CASSAR) at their spring meeting April 8.

As Surgeon, Bowdish will lend his medical expertise to further the mission of the organization, which is to educate the public about the history of the American Revolution. “I look forward to working with CASSAR to highlight the role of colonial physicians and surgeons in the Revolution as well as assist the organization in addressing potential medical issues arising from our activities,” said Bowdish.

The California Society, Sons of the American Revolution is a nonprofit organization composed of male descendants of those men and women who supported and/or fought in the American Revolution. The CASSAR was formed in 1875 and is a state branch of the National Society, Sons of the American Revolution. The NSSAR, the largest male lineage organization in the U.S., consists of 50 societies with more than 500 local chapters, several international societies and over 34 thousand members. The NSSAR is dedicated to assisting our members, schools, teachers and the general public in their efforts to sustain and preserve our history and constitutional principles.

Bowdish is a board-certified allergist-immunologist at Sacramento Ear, Nose & Throat. He sees patients at four locations in the Sacramento area caring for those with nasal allergies, asthma, food allergies and immunologic disorders. He completed his internal medicine training at Dartmouth in 2006 and his allergy-immunology fellowship at Yale in 2009. He was previously practiced in Colorado Springs for seven years where he was elected to the “Top Docs List” by Colorado Springs Style Magazine in 2015 and 2016. He is also published in the field of allergy & clinical immunology. In addition to his clinical duties, Bowdish is an amateur genealogist and has been a member of the National Society, Sons of the American Revolution since 2007. He has proved that 21 of his ancestors supported the War of Independence.