Ringing in the ear, or tinnitus, is a widespread condition that affects an estimated 50 million Americans. Some people describe it as a hissing, roaring, whooshing or buzzing sound instead of ringing. It may be sporadic or constant, and is a symptom of an underlying condition rather than a disease itself. There are many factors that can cause tinnitus. 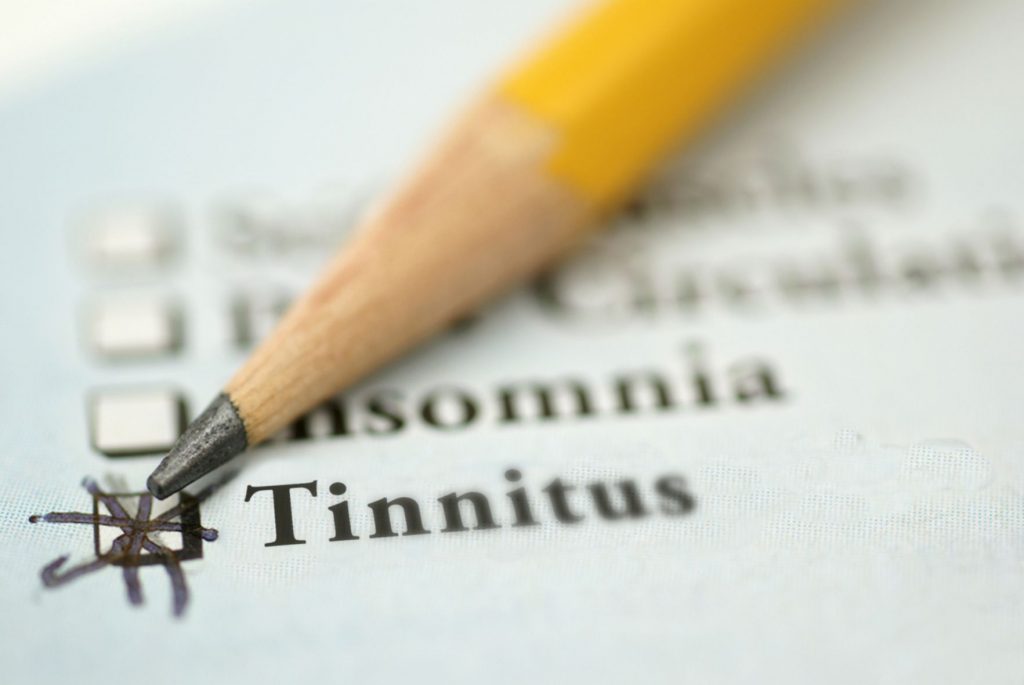 Tinnitus is categorized as being either pulsatile or nonpulsatile. People who suffer from pulsatile tinnitus report hearing the sound of their own pulse. It is caused by abnormal blood flow within the arteries of the neck or inside the ear, and is fairly rare. Possible causes include fluid in the middle ear, ear infections, high blood pressure, head and neck tumors or blocked arteries.

Nonpulsatile tinnitus – ringing in the ears not accompanied by any type of rhythm – is considerably more common. It can be caused by a variety of conditions including presbycusis (age-related hearing loss), noise exposure, impacted earwax and otosclerosis (stiffening of the bones in the middle ear). Other causes that are less common include Meniere’s disease, TMJ disorders, ototoxic medications, thyroid conditions, head or neck trauma and acoustic neuromas.

Tinnitus is also classified as being either subjective (heard only by the patient) or objective (ringing can be heard by an impartial observer, such as a doctor). Most cases of tinnitus are subjective in nature.

Tinnitus cannot be cured, but there are treatments that make it less of a distraction. The approach taken depends on the underlying condition responsible for the ringing in your ears. Sometimes, simple steps like removing built-up earwax or switching to a new medication can markedly decrease symptoms. Others benefit from noise suppression therapy or masking techniques designed to cover up the ringing noise. White noise machines, fans, air conditioners and humidifiers are all popular, easy to use options. Tinnitus retraining devices, which rely on patterned tones, are a newer technique that has proven beneficial to many patients.