A native of Sacramento, Dr. Michael Kearns is a highly-regarded and experienced board-certified otolaryngologist who has been practicing in the Sacramento area since 1986. In addition to general otolaryngology, Dr. Kearns’ special clinical interests include snoring and sleep apnea treatments, facial skin cancers and nasal/sinus disease.

Dr. Kearns has been widely involved in the medical community and has won many leadership awards for his service to his patients, including being voted by local physicians as one of the top Otolaryngologists (Sacramento Magazine) in 2007 and being selected as “Hero in Healthcare” in 1998. Dr. Kearns currently serves as Chief of Otolaryngology at Mercy San Juan Hospital in Carmichael. In addition, Dr. Kearns has previously served Chief of Otolaryngology at Sutter Hospital and Mercy Hospital in Sacramento. He is a member of the Alpha Omega Alpha Honor Medical Society.

Dr. Kearns is a fellow of the American Academy of otolaryngology-head and neck surgery and the American College of Surgeons. He is also a member of the California and Sacramento Societies of Otolaryngology. He is affiliated with Mercy San Juan Hospital, Carmichael and Sutter Hospital in Roseville. 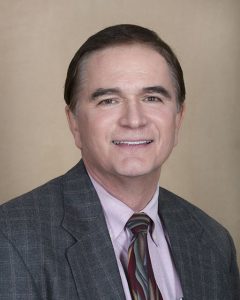