Children are especially susceptible to ear infections thanks in large part to anatomy. The structure of their Eustachian tubes, which are still developing until about the age of two, makes them prone to swelling and blockages. Children who attend daycare or school and those who are exposed to tobacco smoke are most at risk. 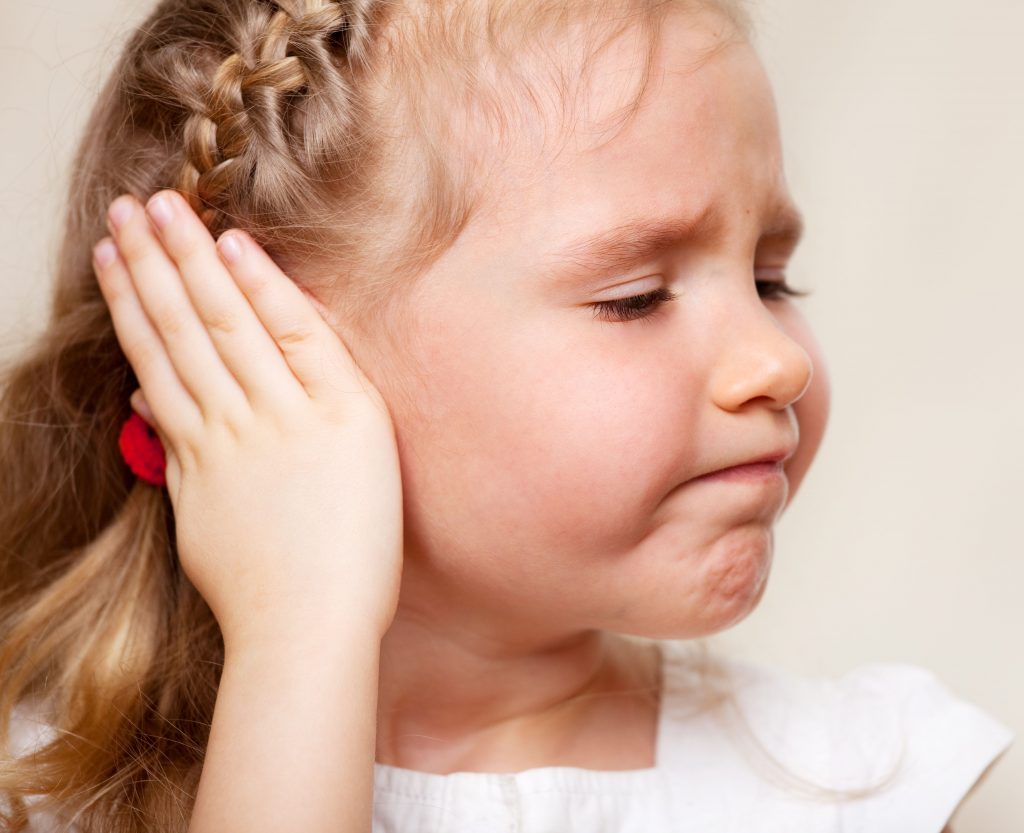 Ear infections occur when fluid fills the space between the eardrum and the inner ear. This happens when the Eustachian tube becomes blocked thanks to a virus or bacterium, preventing mucus and pus from draining out of the middle ear. These fluids put pressure on the eardrum, causing pain and discomfort.

The first sign of an ear infection may be an increase in irritability. Some children cry inconsolably. You may notice your child pulling or tugging on the ear. In addition to a painful earache that is worse when lying down, symptoms of ear infection include fluid discharge from the affected ear, a feeling of fullness in the ear, difficulty hearing, trouble sleeping, headache, fever, dizziness, vomiting, diarrhea and a lack of appetite.

An ear infection is easily diagnosed through an examination of your child’s ears with an otoscope. If the ears appear dull or red, contain fluid behind the eardrum or pus inside the middle ear, then an ear infection is likely to blame. A hearing test may be recommended, especially if your child has had ear infections in the past.

Many doctors prefer to take a wait-and-see approach when it comes to treating ear infections, especially with younger children. They often clear up on their own without the need for antibiotics or other aggressive forms of medical treatment. Pain can be managed with medications like Tylenol or Motrin (be sure to avoid giving your child aspirin, which has been linked to a dangerous condition known as Reye’s syndrome) or eardrops. Use a warm washcloth pressed to the ear for comforting relief. If the ear infection does not go away on its own and is the result of a bacterial infection, antibiotics will be prescribed.