Dr. Johnson retired as of January 31, 2012; however, he is still seeing a few patients a month as a qualified medical examiner for workers’ compensation cases.

A very accomplished and experienced board-certified otolaryngologist, Dr. Ernest Johnson is the senior member of Sacramento Ear, Nose & Throat. He has been an integral part of the Sacramento medical community for many years. In addition to general otolaryngology, Dr. Johnson’s chief clinical interests include the diagnosis and treatment of allergic disorders, treatment of hearing loss and head and neck cancer and surgery. Dr. Johnson is an accomplished researcher of ear, nose and throat disorders, and much of his research has been published in national peer-reviewed medical journals.

Dr. Johnson earned his undergraduate degree and his medical degree from University of Nebraska. He then went on to complete an internship at Temple University in Philadelphia, Pennsylvania. After this, he worked at the Zama Army Hospital in Japan, where he became Chief of Otolaryngology. Dr. Johnson completed his residency in otolaryngology and maxillofacial surgery at University of Iowa. 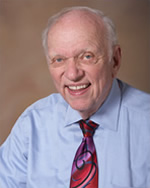